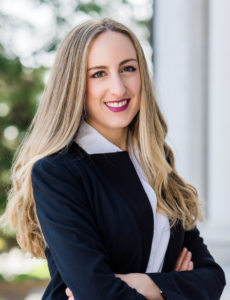 The rise in income and wealth inequality has spurred a renewed interest in progressive wealth taxation. However, experts have disputed whether rich countries like the U.S, could realistically enforce a wealth tax. The matter is even more critical in developing countries, where a happy few own most of the wealth while governments have a weak capacity to enforce taxes.

In “Enforcing Wealth Taxes in the Developing World: Quasi-Experimental Evidence from Colombia,” Professor Juliana Londoño-Vélez and her co-author Javier Avila-Mahecha fill this gap by leveraging quasi-experimental variation and data on personal wealth, offshoring, and tax evasion from Colombians’ tax returns and a government-designed program for disclosures of hidden wealth. To shed additional light on offshoring, the authors link the tax microdata with the leaked “Panama Papers,” which inform about Colombians offshoring to the country’s most relevant tax havens.

In the first part of the study, the authors estimate the prevalence, distribution, and nature of wealth tax evasion:

In the second part of the study, the authors explore how wealth tax evasion responds to policies aiming to strengthen enforcement. In the field of Public Economics, the canonical framework for tax evasion models the decision of whether and how much to evade as a function of (i) the tax incentives, (ii) the perceived threat of detection, and (iii) the penalty for misreporting. Guided by this framework, the study exploits a series of exogenously-timed events to isolate effects along each of these components on tax compliance.