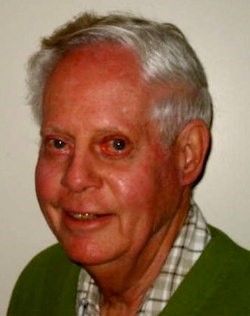 International Economics, Monetary Economics, and the History of Economic Theory

He was a consultant to the Balance of Payments Division of the Department of Commerce and a director of the Yardney Corporation. He was Chairman of the Department of Economics from 1967–1969. A recipient of various scholarship awards as a student, his professional research (largely in International Economics, Monetary Economics, and the History of Economic Theory) has been supported by grants from the Social Science Research Council, the Ford Foundation, the National Science Foundation, and the Earhart Foundation. He has received the UCLA Alumni Association Award for the Art of Teaching, the Western Economic Association’s Distinguished Teaching Award, and the Foundation at Valley Forge Award for Excellence in Private Enterprise Education. He has been Vice President and President of the Western Economic Association, Vice President of the History of Economics Society, Vice President and a member of the Executive Committee of the Southern Economic Association, and a director of the University Professors for Academic Order. He was the economics correspondent of the California Political Review, on the editorial board of the Social Science Quarterly, and on the advisory board of the History of Political Economy. He has participated extensively in conference, seminar, and lecture programs. He has authored, co-authored, and edited nine books and has contributed widely to professional journals in the United States and elsewhere. In 1974, he was appointed the first President of the International Institute for Economic Research; he was then Vice President of the Institute for Contemporary Studies, with which the International Institute for Economic Research merged in 1986. From 1990-1992 he was an associate of the Reason Foundation.
He was a nationally syndicated radio commentator and a newspaper columnist, a Los Angeles television commentator and an occasional magazine essayist. From 1978 to 1992 more than 200 radio stations carried daily broadcasts of “the Midnight Economist” written and delivered by Allen.

Allen has published and edited nine books as well as publishing multiple articles in academic journals. Some of the more popular selections of Allen’s works are listed below.