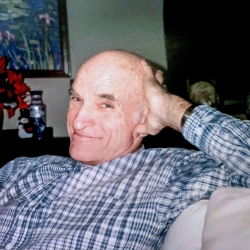 Foundations of utility and production processes; general theory of processes; and economics of artificial intelligence.

Professor John J. McCall was an emeritus professor of economics at UCLA. He received his BA from University of Notre Dame and his MBA and PhD from the University of Chicago. After receiving his PhD in 1959 he worked full-time at the Rand Corporation until the mid-1960s after which he served as a consultant there for the remainder of his career. He worked briefly at University of Chicago and UC Irvine before being appointed a professor of economics at UCLA in 1970. He authored or edited several books and wrote numerous academic articles. He is best known for his fundamental contributions to the economic theory of job search, although he made many other notable contributions in both economics and operations research. In 1997, he was elected a Fellow of the Econometric Society. After retiring from UCLA in the late 1990s, he moved from Los Angeles to Ojai, California where he resided for the rest of his life.  He is survived by his wife of 62 years, Kathleen, two sons, Sean and Brian, two grandchildren, Megan and Conor, and one great-grandchild, Giovanni.