The Economic Cost of OPEC’s Control of Global Oil 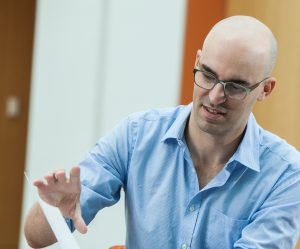 OPEC, the global cartel of oil producing countries, led by Saudi Arabia and other Gulf states, controls approximately 50% of the world’s oil reserves. In (Mis)Allocation, Market Power and Global Oil Extraction (American Economic Review, 109(4), 1568-1615, 2019) and The Welfare Impact of Market Power: The OPEC Cartel (work in progress) Professor John Asker and coauthors examine the impact of OPEC’s market power in the modern era. Using detailed data on almost every known oil field in the world they build a detailed model of the cost structure underlying the world crude oil market. They use this model, combined with an economic theory of market equilibrium, to examine what the world market for crude oil would look like absent OPEC’s coordinating influence.

As one would expect, OPEC has a large impact on the world oil markets. That said, the magnitude of OPEC impact is startling. Between 1970 and 2014, Professor Asker’s research indicates that OPEC imposed a total economic cost of 5.7 trillion US dollars. For comparison, the comparable value of global output (GDP) in a single year is 77 trillion US dollars. If a typical recession is associated with a 3% drop in GDP, OPEC’s exercise of market power since 1970 has imposed an economic cost equivalent to one 2.5-year global recession.

The economic cost of this exercise of market power comes from two sources. First, when production from low-cost oil fields is reduced, higher cost fields substitute for at least some of that production. This imposes an economic cost through increasing the resource cost of existing production. Second, when market power is wielded, prices increase due to insufficient supply being delivered to meet demand. This means gains from trade can be unrealized (consumers have unmet demand despite their willingness to pay being higher than the cost of supplying them). About 85% of the economic costs of OPEC activity is estimated to come from gains from trade that are not realized due to OPECs desire to distort prices above competitive levels.

This work sheds light on the operation of the global oil market – which is economically significant in itself – but also underscores the macroeconomic impact of the exercise of market power generally. This contributes to an ongoing re-evaluation within economics of the role of microeconomic market imperfections (like market power) on aggregate economic outcomes. OPEC influence over the global crude market is a compelling example of how the accumulation of market power in globally significant markets can impose economic costs on society that reach macroeconomic significance.