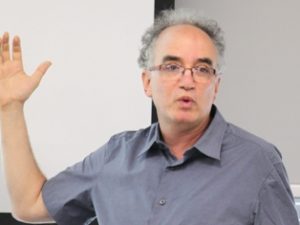 In the paper “From Population Growth to Firm Demographics: Implications for Concentration, Entrepreneurship and the Labor Share”, Professor Hopenhayn and his coauthors Julian Neira and Rish Singhania, provide a unified account of these trends, considering the role of population growth and firm demographics.

demographics as a driving force to explain these aggregate trends. The mass of US firms has been aging. While in the mid 80’s firms over ten years old accounted for 30% of the total population of firms, the share steadily climbed to reach 50% by 2015. What are the consequences of firm aging?

Firms size is increasing in age, that is a fact that holds not only for US firms but overall. The average size of a firm that is between 20 and 25 years of age is over four times as large as the average size of an entrant. Same holds for concentration, where the average increases with the age of a cohort. As a result, the aging of firms results in higher average firm size and concentration. As the paper shows, had it not been for firm aging, employment concentration would have, if anything, declined. Similarly, older firms have considerably lower exit rates than younger ones. The process of aging also explains most of the observed decline in exit rates.

So why have firms aged? The rate at which firms are created is directly related to the growth of labor force, as labor is one of the most important inputs of firms. This holds true in the aggregate data for the US but also when comparing population and firm dynamics across counties in the US, as shown in a recent paper by Pugsley and Sahin (2018). So the aging of population slows down the growth rate of labor force and thus new firm creation. This starts a gradual process of aging of firms which leads to the increase in average firm size and average concentration.

The fall in the growth of the labor force has been quite dramatic. While in the late 70’s it was growing at 2.5% per year, it is currently down to 0.5% per year. This drop has two sources. First, the US has followed the declining trend in fertility rates observed in most developed economies. Secondly, the US experienced an unusual growth in fertility rates in the postwar period, what is known as the baby boom. As a result, labor force growth followed an increasing trend that peaked in the mid 70’s. The following decline is explained by the drop in fertility and the progressive retirement of the baby boomers . Professor

Hopenhayn and coauthors find that these two factors jointly account for almost all the decline in entry rates and the subsequent aging of firms.