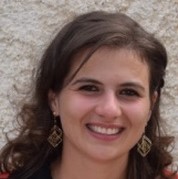 By Michela Giorcelli and Bo Li

The importance of international technology diffusion in fostering economic development can be hardly overstated. Consequently, technology transfer interventions have been widely used to promote industrialization in developing countries, especially through the diffusion of state-of-the-art capital goods. However, in their early stages of industrialization, less developed countries also lack industry-specific knowledge. Acquiring this knowledge is complex: several of its elements are “tacit” and therefore diffused through on-the-job training from foreign companies. Despite their wide use, little is known about the effectiveness of technology and knowledge transfers in the first phases of country industrialization.

In “Technology Transfer and Early Industrial Development: Evidence from the Sino-Soviet Alliance,” Professor Giorcelli and her coauthor Professor Bo Li shed new light on this topic, using evidence from the Sino-Soviet Alliance. In the 1950s, the Soviet Union supported the development of the so-called 156 Projects, an array of technologically advanced, large-scale, capital-intensive industrial facilities. These projects were supposed to receive a “basic” technology transfer that involved the duplication of whole Soviet plants and the provision of Soviet state-of-the-art machinery and equipment; and an “advanced” knowledge transfer via visits of Soviet experts to teach Chinese high-skilled technicians how to operate the new machineries, and to offer technical and industrial management training to the engineers and production supervisors. Through this program, China received the best Soviet technology, which in the steel and iron industries was considered the best in the world. However, due to some delays in the project completion and the end of the cooperation between the two countries in 1960, only some projects received the Soviet machinery and training (advanced projects), or the Soviet machinery (basic projects), while the remaining ones ended up employing traditional domestic technology (comparison projects).

The authors find that the performance of basic projects only differentially increased relative to that of comparison projects in the short-run. By contrast, outcomes of advanced projects constantly grew more than those of basic projects, reaching a 50 percent higher output after 40 years. The persistency of these effects is explained by the fact that, when China’s interaction with foreign countries was extremely limited, advanced projects home-fabricated modern machineries to replace Soviet capital when it became obsolete. Once China began gradually opening to international trade in the early 1980s, such projects systematically engaged more in trade due to producing better-quality output. The presence of advanced projects was also associate to substantial productivity spillovers, and production reallocation from state-owned to privately owned companies since the late 1990s.