Restorative Justice and Recidivism: Evidence from the Make-it-Right Program 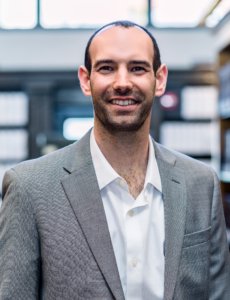 The United States criminal justice policy has historically relied on sanctions to enforce compliance.  Sanctions became increasingly punitive beginning in the late 1970s, leading to large increases in the correctional populations. Recent years have seen an effort to dial back the severity of punishments and use alternatives to criminal prosecution.

Restorative justice conferencing (RJC) is one such alternative that emphasizes accountability through repairing harm rather than imposing sanctions. While restorative justice programming can take many forms, in criminal justice settings, it usually involves direct conferencing between the person responsible for the harm and the victim.

In “Can Restorative Justice Conferencing Reduce Recidivism? Evidence from the Make-it-Right Program,” Professor Yotam Shem-Tov and his co-authors Steven Raphael and Alissa Skog present new evidence on the effectiveness of RJC in combating recidivism by evaluating the Make-it-Right program (MIR).

MIR is a restorative justice conferencing program that serves teens between the ages of 13 to 17 who would have otherwise been charged with a felony offense of medium severity (e.g., burglary, assault). Following extensive preparation, participating youth meet with the people they have harmed, accept responsibility for the impact of their actions and come to an agreement for how the youth can repair to the greatest extent possible the harm they caused. If the youth follow through with the repair actions outlined in the agreement, charges against them are never filed; if they do not, they face felony prosecution. In this study, eligible youth were randomly assigned to participate in MIR or to a control group in which they standard faced criminal prosecution.

The authors find that assignment to MIR has large recidivism-reducing effects.  Youth assigned to MIR are less likely to be rearrested within six months by 19 percentage points, a 44 percent reduction relative to the control group. Moreover, the reductions in rearrests persist even four years after randomization. Among those assigned to MIR, 81 percent enrolled in the program, and 53 percent completed it. Accounting for imperfect take-up of treatment magnifies the results. The effect of enrolling or completing MIR is roughly 1.3 and 1.9 times larger than effects based on the naïve comparison of youth assigned to MIR relative to the control group.

The results provide strong evidence that restorative justice conferencing can reduce recidivism among youth charged with relatively serious offenses and can be an effective alternative to traditional prosecution.