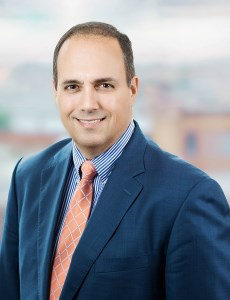 On a brisk fall day in 1985, Peter Moglia entered UCLA’s campus as a nervous yet excited freshman, much like the rest of us. He was basking in his recent acceptance on appeal, prompting him to turn down two prestigious military academies, including West Point. However, Peter was soon to face some existential obstacles during his first quarter, as he initially came in prepared to follow a science path.

“My first quarter was a bit of a disaster,” he chuckled as he described his schedule consisting of Chem 11A, Math 31A, and Psych 10. He candidly shares his struggle with adjusting to the new college lifestyle, especially as UCLA did not leave much room to “wing it”. This is an experience that almost every freshman in college endures: the journey of growing independence, time management skills, and responsibility. It was comforting to hear this from someone as successful as Peter, as it is so easy to sink into the existential spiral of not being cut out for college life, or life out in the real world, for that matter. But he graciously reminds us that despite being placed on academic probation in his first year and struggling to sustain a healthy GPA, “there is a happy ending to all of this,”– and he was right.

Another year came around, and he decided to take Econ 1 as one of his “get-it-over-with” general education courses, but it turns out that it was much more than that. Peter performed well in that class, launching his transition into his new academic path of Economics.

“I remember I was learning about indifference curves and inelastic/elastic demand, and I started to see all of that in real life,” he said as he discussed his side job of working with computers. At the time, he did not think that a job selling computers would be as valuable as it was. But gradually, Peter began to strengthen these connections between his academia and his work, enhancing his understanding of both sides and developing his professional skills. His ability to continue making these types of connections eventually assisted in curating his well-rounded skill set that led him to his prolific career in real estate.

While reflecting on his professional journey, he emphasized the importance of real life experience alongside academic instruction. Even though it may not have initially been a prestigious occupation, the computer position he worked was just the experience and skillset he needed to land his first job in real estate, where he worked with converting real estate developers from mainframe-based accounting systems to personal-computer based systems. From there, he worked his way up the ladder to new positions, which included work like examining and underwriting loans before eventually going on to serve as the co-CEO and CIO for his current real estate company Alexandria. He was able to witness the growth of Alexandria, as he was one of the first fifteen people on the team. Over the course of 23 years, he saw this small, private startup transform into an incredibly profitable public company with a market cap of around $30.2 billion.

“I didn’t get to where I am because of what I learned through books, but from how I learned how to learn at UCLA,” Peter wisely noted. He emphasized the importance of going beyond typing away at a computer and going through the daily motions of getting tasks done, and instead learning how to prioritize one’s time, how to make connections, and simply, how to communicate effectively. “[Communicating well] is every bit as important as the knowledge you are getting in the classroom,” he said. He recommends getting a job that involves high levels of interaction with people, such as working at a restaurant. He even mentions how he reminds his own kids– who are current college students– to get out in the world and talk to people. In our technology and social media ridden society, this is a point that is humbling and essential for college students everywhere.

To drive this point home, Peter left us with the important reminder that “it is your grades and scores that get you in the door, but it is how you communicate that will get you the job”. Through his trials and tribulations at UCLA, he was surely able to prove that point.

Martha Bailey’s Research on Paid Leave cited in The Week