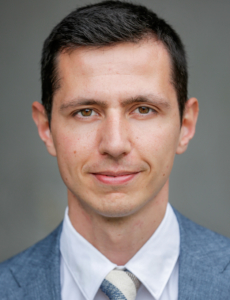 There are increasing worries about rising `market power’ of large corporations, both in the U.S.A. and across the globe. Powerful firms can reduce competition on many fronts. The usual worry is that insufficient competition harms consumers by pushing up prices and/or lowering product quality. A lack of competition can, however, also hurt workers if firms use their dominant position to lower prices paid for their inputs, such as labor or raw materials. When designing competition policy to ensure an even playing field, it is crucial to know where exactly firms exert their market power.

In his paper `Market Structure, Oligopsony Power, and Productivity’, Professor Michael Rubens investigates this question in the context of the Chinese tobacco industry. Industries that rely on agricultural products are generally vulnerable to the exertion of buyer power, because they often feature a limited set of final goods producers or processers who buy inputs from a large number of farmers. The main questions addressed are (i) whether Chinese cigarette firms mainly exert market power on cigarette or tobacco leaf markets, and (ii) how these different types of market power are affected by mergers and acquisitions.

UCLA Econ Places in The Fed Challenge
Scroll to top