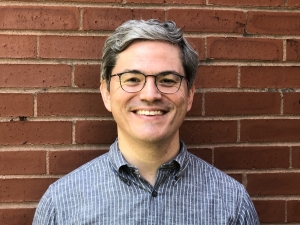 Arbitration is a private bilateral conflict resolution procedure in which a third party, the arbitrator, makes a binding decision on the dispute. Compared to formal litigation through a court system, it is generally faster and cheaper. Arbitration has been extensively employed to resolve disputes including labor impasses, disagreements concerning commercial contracts, and tariff negotiations, among many others.

In “Risk and Information in Dispute Resolution: An Empirical Study of Arbitration,” Professor Bernardo Silveira and his coauthors (Yunmi Kong and Xun Tang, from Rice University) combine theory and empirics to address two related sets of questions concerning arbitration. First, they investigate the role of risk aversion. Risk attitudes matter in arbitration because there is substantial uncertainty concerning the arbitrator’s ruling. If one of the disputing parties is more risk-averse than the opponent, how does this imbalance in risk attitudes affect arbitration outcomes?

Second, the study compares two widely used arbitration designs – final-offer (FOA) and conventional (CA). In either design, the disputing parties submit to the arbitrator one offer each. But, whereas in FOA the arbitrator must select the offer of one side or the other, in CA the arbitrator is unconstrained. An arbitrator may attempt to learn from the offers any private information the parties have about the case in order to deliver a better-informed ruling. What is particularly interesting as a consequence of the different designs is that the offers in CA are cheap-talk, whereas in FOA they are not. The paper examines the differences between CA and FOA regarding the behavior of the parties, the arbitrator’s decisions and the amount of information revealed through the offers.

The authors address these questions in the context of wage negotiations between local governments and police/fire officer unions in New Jersey. In that state, unions must regularly renegotiate the officers’ contracts with their employers. If the parties cannot reach an agreement, state law requires the case to proceed to arbitration. The study employs data on disputes from 1978-2000 and exploits an empirical opportunity provided by the transition of the default arbitration method from FOA to CA in 1996.

To analyze these data, the authors develop and estimate a structural model of the strategic interaction between the union, the employer and the arbitrator. The model accounts for heterogeneous risk-attitudes between the disputing parties; the arbitrator’s ability to learn from the parties’ offers; and the possibility that the parties settle the dispute prior to arbitration.

The estimates indicate that unions are risk-averse whereas the employers are risk-neutral. With the model, the authors can isolate the effect of the unions’ risk-aversion on the resolution of cases. They find that risk-aversion raises the expected wage increases in cases decided by arbitration. Nevertheless, due to the risk associated with the arbitrator’s decision, the certainty-equivalent of going into arbitration is lower for the risk-averse party. Therefore, unions are willing to settle for relatively low wage increases pre-arbitration. Altogether, the unions’ risk aversion reduces overall expected wage increases by 0.2 percentage points per year, relative to a hypothetical scenario in which both parties were risk-neutral.

In comparing FOA and CA, the authors find that the dispersion in arbitrated awards is higher in the former. However, this greater dispersion has a small impact on the union’s certainty-equivalent of arbitration, so the effect of the arbitration design on the likelihood and terms of settlements is minimal. The results also indicate that the expected gap between the offers more than doubles – i.e., the parties take more exaggerated positions – under CA compared to FOA. This finding raises the question of whether the cheap-talk nature of CA leads parties to make relatively uninformative offers. Investigating this possibility, the authors find that FOA offers convey to the arbitrator information about the case that is roughly twice as precise as that transmitted in CA. There is a tradeoff, however, as the superior information transmission afforded by FOA comes at the cost of its one-offer-or-the-other constraint on the arbitrator’s ruling. On balance, the results suggest that CA does better in terms of delivering arbitration awards that are closer to the ideal or fair wage.