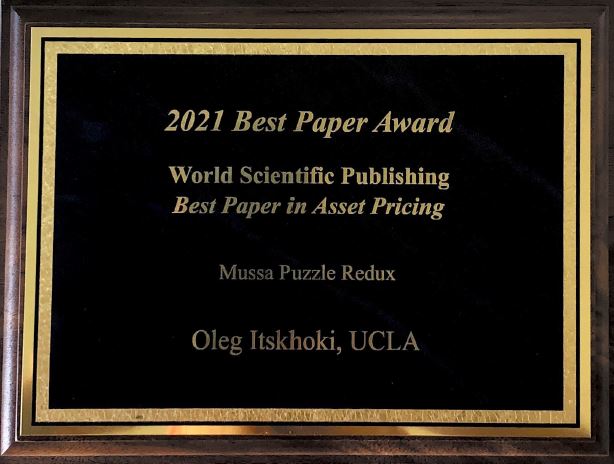 Mussa (1986) documented a sharp simultaneous increase in the volatility of both nominal and real exchange rates after the end of the Bretton Woods System of pegged exchange rates in early 1970s. This is commonly viewed as a central piece of evidence in favor of monetary policy having an effect on the real economy. In this paper, Oleg Itskhoki (UCLA) and Dmitry Mukhin (Wisconsin) show that there was no simultaneous change in the properties of the other macroeconomic variables — neither nominal like inflation, nor real like consumption, output or net exports. They argue that rather than discriminating between models with sticky versus flexible prices, or monetary versus productivity shocks, the Mussa puzzle provides sharp evidence in favor of models with monetary non-neutrality arising due to financial market segmentation.

The Midwest Finance Association is a professional association of academics and finance industry professionals dedicated to developing and disseminating information concerning recent advances in financial theory and practice to members and other interested individuals.