The Intergeneration Impact of the Freedman’s Bank Failure 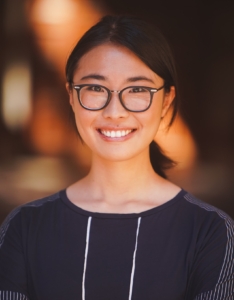 In the U.S. today, there exist large racial disparity in economic outcomes. In wealth, the median white household had more than ten times the wealth of the median African American household. Addressing the racial gap in economic outcomes is a particularly pressing issue as studies have shown that these gaps are persistent. Compared to white children, African American children face substantially lower rates of upward mobility and higher rates of downward mobility.

In her UCLA PhD dissertation, Xuanyu (Iris) Fu investigates the historical reasons behind this racial gap. Specifically, she looks closely at an important historical event, the failure of the Freedman’s Bank. The Freedman’s Bank was private bank established by Congress at the end of the Civil War for African Americans. During its years of operation, approximately 1 in 8 African American families who lived in the vicinity of the bank held an account. While the bank was established with good intentions, it was forced to close in 1874 due to the rampant abuse of banking reserves by the upper management. What began as a well-meaning attempt to encourage savings led to significant wealth loss for the families who entrusted their savings to the bank.

In the first chapter of her dissertation, “Intergenerational Effects of Wealth Loss: Evidence from the Freedman’s Bank”, she studies whether a negative parental wealth shock, stemming from the failure of the Freedman’s Bank, had an effect on children’s educational outcomes. To do so, she assembled individual-level records from the Freedman’s Bank, and linked them to the full-count historical Censuses to observe children’s outcomes decades after the bank failure. By comparing households with similar level of wealth prior to the bank failure, the results show that children from families who lost a higher proportion of their wealth were less likely to attend school after the failure.

During the course of the investigation, she also finds something surprising: the bank was very successful at promoting schooling and literacy amongst the depositors’ children prior to its failure. In particular, her results show that bank was able to education for the depositors’ children through its connection with the American Missionary Association (AMA), a Christian educational organization. Many AMA teachers concurrently served as bank cashiers, hence they were able to inform depositors of schooling opportunities for their children and encouraged them to invest more in their children’s human capital. The human capital gains from the time while the bank was in operation was large enough for older children to outweigh and outlast the adverse effect of wealth loss from its failure.