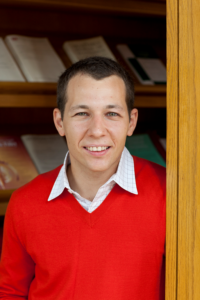 Large firms play a pivotal role in international trade, with a significant share of exports done by a small number of mega-firms, which enjoy substantial market power across destination markets. The fates of these large firms shape, in part, the countries’ trade patterns. For instance, Nokia in Finland or the Intel plant in Costa Rica have profoundly altered the specialization and export intensity of these countries [1]. The importance of large firms is also reflected in trade and industrial policies that are often so narrow that they appear to be tailor-made for individual firms rather than industries [2].

In their paper on Granular Comparative Advantage, Professor Oleg Itskhoki of UCLA together with Professor Cecile Gaubert from UC Berkeley study the role of individual firms in determining the comparative advantage and specialization of countries. They disentangle the role of common characteristics of all firms in a given sector — such as the availability of specific human capital, infrastructure, and technology — from the role played by individual “granular” firms and their specific know-how and managerial talent in shaping a country’s comparative advantage. Were any of such firms to disappear, the export stance of a country would be altered in a pronounced way.

If granular forces shape, in part, trade patterns, one would expect that the presence of a few unusually large firms in a given sector correlates positively with the aggregate export intensity of the sector. Turning to French firm-level data, they identify sectors with unusually large domestic firms and use this measure to predict both the contemporaneous export stance of the sector as well as its future evolution. A 10 percentage points higher top-firm concentration ratio in a sector is associated with a 9.2% higher sectoral exports in the current year, which is expected to mean revert by more than half over the next 10 years, as other firms in the world economy tend to gradually catch up with the industry leaders. The authors propose a “granular’’ model of international trade, consistent with these empirical patterns, which allows to predict the medium-to-long run persistence and mean reversion in a country’s comparative advantage.

In a follow up paper, Government Policies in a Granular Global Economy, also joint with Max Vogler of Princeton University, the authors apply this model to study the rationale and implications of three types of government interventions typically targeted at large individual firms – antitrust, trade and industrial policies. They find that in antitrust regulation, governments face an incentive to be overly lenient in accepting mergers of large domestic firms, which substitutes for “beggar-thy-neighbor’’ trade policy in sectors with strong comparative advantage. In trade policy, targeting large individual foreign exporters with an import tariff rather than entire sectors is desirable from the point of national government, as doing so minimizes pass-through of the tariff into domestic consumer prices placing a greater portion of the burden on foreign producers. Finally, they show that subsidizing ‘national champions’ is generally suboptimal in closed economies as it leads to an excessive build-up of market power, but it may become unilaterally welfare improving in open economies, where part of the burden of market power is borne out by the foreign consumers. As these policies often result in negative international spillovers, the authors emphasize the need for international policy cooperation in these domains.

[1] In Costa Rica, Intel decided to close its microchip plant and move it to Asia in 2014. The electronics sector represented a steady 27% of Costa-Rican exports until 2013, yet starting 2015 it fell to just 8%. In Finland, Nokia at its peak in the mid-2000s enjoyed a 25% share of total Finnish exports, a 3.7% share of Finnish GDP, and a 39% share of the global mobile phone market, before collapsing following the smartphone revolution launched by Apple, and being eventually bought-out by Microsoft in 2013.

[2] Recent examples of international antitrust regulations are the 2007 case of the European Commission (EC) against Microsoft Corporation and the 2017 fine imposed by the EC on Google. A very recent case of a granular trade war is the 292% tariff imposed by the US on a particular jet produced by the Canadian Bombardier. ‘Granular’ tactics are particularly widespread in antidumping retaliation and international sanctions (as in the recent case of the US against the Chinese ZTE). The ongoing US-China battle over TikTok is another interesting case of a “granular” international conflict.