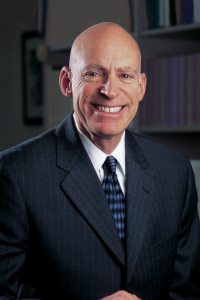 Professor Lazear received undergraduate and masters degrees in economics from UCLA in 1971. He then obtained his Ph.D. from Harvard before joining the faculty at Chicago and Stanford. Professor Lazear founded the field of “personnel economics”, which uses theory and data to understand how firms hire, motivate, retain, and organize their employees. Professor Lazear had a tremendous impact on the profession. He was the founding editor of the Journal of Labor Economics, a renowned teacher, and chairman of the Council of Economic Advisors from 2006 to 2009.

“Ed Lazear was the complete economist” says UCLA Professor Simon Board. “He viewed the world through the lens of economics, understanding institutions as market solutions to incentive problems, and being just as aware of government failures as well as market failures. As a teacher, he was second-to-none; his enthusiasm was infectious.”

For more on Professor Lazear: