Lloyd and Renée Greif, and their children (Ben, Nick and Lauren) at Bruin Woods.

UCLA is ranked as the top American school for economic mobility, and there is no better example than that of Lloyd Greif. Once a full-time student and employee, he worked his way to become one of UCLA’s most prestigious alumni and one of California’s most accomplished investment bankers.

Before coming to Westwood, Greif grew up in a humble environment just a few miles away. The son of a single parent, he shared a one-bedroom apartment with his mother and older brother. When the time came for Greif to apply to colleges, he knew his options would be limited by the high price tags on many private universities. His college counselor made one recommendation: UCLA. He applied exclusively to the Westwood school and received his acceptance. However, upon coming to the university, Greif didn’t live the ‘typical college experience.’ He spent his UCLA years working 40-hours-a-week at Ralphs Grocery Co. while managing a full-time academic program, commuting to campus all four years to accommodate his busy work schedule.

For example, waking up at 11pm, he would make his way to the local Ralphs store for an early morning shift, leading the team in the process of beginning the day’s work, having taken on a role on the graveyard shift, first as a clerk, and then as grocery manager. Finished by 9 am and in a classroom by 10, he would begin his classes at UCLA. This was a typical day for Greif during his four years at UCLA. Today, he jokingly boasts, “I never needed to sleep much to get good grades!” But while the times were tough and his sleep was slim to none, that didn’t stop him from becoming a top performer in school and graduating right on schedule

But Greif’s path at UCLA wasn’t necessarily simple; he didn’t decide until his last year to get his degree in economics. After testing the waters of political science, Greif realized that studying election trends didn’t appeal to him and he instead turned to economics with the guidance of his Ralph’s store manager. For Greif, economics wasn’t just an academic subject; it was a way of thinking and navigating life experiences. The undergirding principles of supply and demand resonated with his approach to life and business, and he found himself squeezing in the majority of his upper division courses during his senior year to finish on time.

After graduating, the same manager told Greif about an opportunity to study food industry management at USC on a Ralph’s scholarship. He applied for the program and ultimately graduated with an MBA from the Marshall School of Business. Greif says the degree opened doors for him as he entered the corporate world and became a management consultant at Touche Ross (now Deloitte). During this time, he simultaneously worked as a consultant during the day and earned his law degree from Loyola Law School at night, completing a trifecta of degrees from Los Angeles’ top three universities.

After two years, Greif was recruited by the investment banking firm of Sutro & Co. a meritocratic workplace that would enable him to climb the ladder of investment banking. Greif says about the transition: “I took to investment banking like a duck takes to water. I mean, it was a hand in glove fit for me.” Within six months, he brought in his first client, and he ushered in another client six months later, a feat rarely accomplished by new, junior-level hires. Before long, Greif was the top performing employee at Sutro and became the firm’s vice chairman and head of investment banking. Today, Greif advises current students on the importance of working in a meritocratic environment where you will be rewarded and advance according to your skills and work ethic.

In 1992, Greif left Sutro to form his own investment bank, Greif & Co., with a founding principle originating from Luke 6:31 of the Bible: “Do unto others as you would have them do unto you.” As an investment bank specializing in serving entrepreneurs, solely focusing on the client’s best interests became a critical component to the success and ethics of Greif’s firm. Greif & Co. offers a variety of services to its clients, from raising debt and equity financings to arranging mergers and acquisitions. Although Greif’s investment bank has an extensive breadth of professional achievements to boast of, he takes exceptional pride in its integrity and morality. Unlike numerous financial institutions that have been engulfed in scandals, Greif & Co. has earned its reputation of transparency and trustworthiness. Understanding that integrity in business is something that requires constant effort and vigilance, he has made it abundantly clear to prospective business professionals that if “you cast your bread on the water, it will come back to you.” Greif also gives back to his community, as past Chairman of the Los Angeles Economic Development Corporation and a member of the Board of Directors of the California Chamber of Commerce. Greif is one of the few members of his industry who is actively engaged in civic, philanthropic and political affairs, working collaboratively with government agencies to create the framework for a more robust and just society.

In 2019, Greif was asked to deliver the commencement speech for UCLA’s Department of Economics, an opportunity to share his wisdom with the graduating class and a unique honor bestowed on the field’s most influential figures. When speaking to the next generation of Bruin professionals, Greif stressed the importance of ethical business practices and the gravity of putting your client’s interests first. “There are no gray areas in business, just like there are no gray areas in life,’’ Greif said in our interview. “You know when you’re doing the right thing because your conscience tells you, and you know when you’re doing the wrong thing. It doesn’t matter if anybody else is looking. You’re looking and you know it.” Greif returned this year to deliver a virtual commencement speech for UCLA’s Centennial celebration.

He fondly reflects on his time as a Bruin, and more particularly, his time spent at Bruin Woods, UCLA’s family resort in Lake Arrowhead. For roughly a decade, Greif and his family spent a week every summer at Bruin Woods making friends with other alumni and taking time to relax. For him, Bruin Woods was pure family time, a week where even the adults were true campers, and it’s an experience he recommends to all Bruins.

As for young Bruins looking to follow in his professional footsteps, Greif leaves them with some simple, yet meaningful advice: “It’s important to maintain your own moral compass. Don’t let the industry you’re in or what other people do have any negative influence on you. Let your conscience be your guide. You’ll sleep well at night knowing you did right by your clients and did the absolute best job you could for them.” 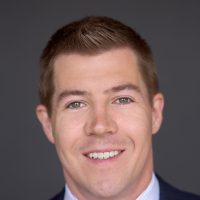 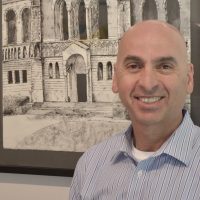 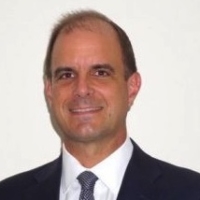 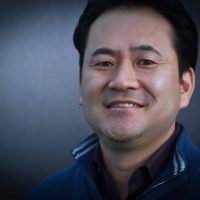 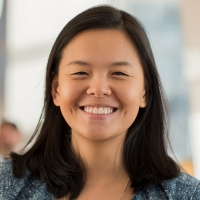