Many of us Bruins reminisce on the moment we decided to come to UCLA. For Dr. Michael Powell this moment occurred at the very top of Janss steps. Experiencing the beauty of campus and Los Angeles from this UCLA gem made it clear that UCLA was the school for him. From then on, Michael describes his life as a “series of good accidents”. At UCLA, Michael’s interest in economics was initially sparked by Professor Ed McDevitt. In particular, he recalls Professor McDevitt’s crystal clear and thought-provoking lectures, always delivered on the whiteboard perfectly without the aid of a single page of notes. After encouragement from Professor McDevitt, Michael decided to pursue economics as a career.

Like many fellow Bruins, Michael Powell joined UCLA as a third-year transfer student from the Bay Area. His jobs at KFC and In-N-Out throughout his years at community college allowed him to focus all his time on academics while at UCLA. Even more, Michael’s experience at these jobs led him to a research career in organizational economics. Michael describes organizational economics as the study of “why organizations look the way they do”. Between his jobs at KFC and In-N-Out, he noticed firsthand how each had a different path for career advancement and how promotion incentives impacted employee productivity and morale. Now, he studies how and why firms design career trajectories for their workers the way they do, and how it impacts their employees throughout their career.

UCLA has more exciting courses than any of us could imagine having the time to take. Whether it be graduate mathematics, astrobiology, or Scandinavian film, UCLA has an overwhelming variety of things to learn. Unless we are lucky enough to be a double (or perhaps triple) Bruin, we only have a few years to take advantage of everything UCLA has to offer. Michael’s solution and recommendation to any Bruin is course auditing. Course auditing provides the chance to learn and experience new topics, without the large time commitment and pressure of grading. While studying for his economics PhD at MIT, Michael took or audited nearly every economics class offered. Auditing gave the opportunity to take advantage of all his time at MIT, learning from renowned economists like Esther Duflo and Amy Finkelstein.

To further maximize his time at UCLA, Michael earned a Master’s degree in economics through the Departmental Scholars Program. This program offered by the economics department allows students to spend an extra year at UCLA to take graduate courses during their fourth and fifth years. Especially as a transfer student, the opportunity to spend another year in Southern California was too good to pass up. Although he would go on to take similar classes in graduate school at MIT, each professor and university brings a different point of view and focus. For a career in economics, this additional perspective is highly valuable in developing the unique skills and intuition needed to approach complex problems in school and beyond. Once Michael started doing graduate work in economics, it was “hard to imagine doing anything else”, and he would go on to earn his PhD in economics at MIT.

Now, Michael is an Associate Professor of Strategy at the Kellogg School of Management at Northwestern University. The responsibilities of the job are twofold: research and teaching. The process of publishing your first papers as a professor is challenging, as papers are often rejected from journals and subject to harsh criticism. However, for Michael this feedback helped develop the tenacity and determination needed to become a successful economist and researcher. At Kellogg, teaching highly engaged MBA students is particularly rewarding. The smaller classes and high levels of student participation provide a unique challenge but an exciting teaching job. Overall, UCLA gave Michael the tools to succeed at the highest level of academia and contribute to the advancement of economics as a researcher, teacher, and collaborator. 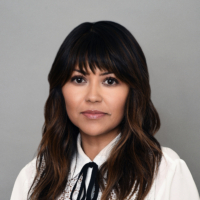 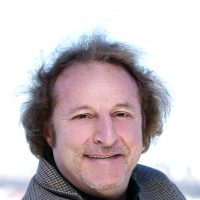 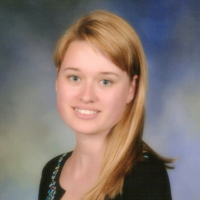