We often hear the classic phrase, “Bruin born, Bruin bred, Bruin til the day I’m dead.” Even our first experience at orientation–that almost baptismal dip into the inverted fountain–is meant to reinforce such adages. Tens of thousands can say they attended UCLA as an undergraduate, but far fewer alumni can also claim UCLA attendance for their graduate education. David DeWolf is a Bruin through and through, and his journey to Westwood began in high school when the academic reputation and in-state tuition swayed him to enroll at the Westwood campus.

David always wanted to run his own business and felt UCLA would give him the best opportunity to do so. He found no shortage of academic opportunities, but David also wanted a school that offered a vibrant social community and world-renowned athletics program. In 1989, he made the trip from San Diego and officially became a Bruin.

The Rose Bowl and Pauley Pavilion were routine stomping grounds for him during his time in Westwood, but he never lost sight of his utmost priority: finding challenges in the classroom. He entered UCLA as an Economics major with an eye towards the Business Economics program. Through this academic track, he became exposed to Professor David Ravetch, one of the school’s most popular and recognized professors. Ravetch, who also sports two degrees from UCLA, brought to life a seemingly monotonous field in accounting. At the time, it turned out over half the CEOs governing Fortune 500 companies held CPA certifications and had backgrounds in the field.

For a 19 year-old student with little career direction, that single statistic was enough for David to focus his studies in Business Economics. He joined the Student Accounting Society and went on to take four classes with Professor Ravetch. In 1993, David  graduated from UCLA with a Bachelor of Arts in Business Economics, thrusting himself into the workforce.

His first employment opportunity was at the accounting firm Price Waterhouse, which he discovered through on-campus recruiting. David still credits much of his exposure to professor Ravetch, who still campaigns for professional recruitment on campus. David earned his CPA license, and wanting to use his accounting work to explore other fields, found a position at 20th Century Fox in international finance. After only a year, he received an offer to work at Fox Sports, who had recently acquired NFL broadcasting rights.

As he continued his professional endeavours, David weighed going back to school versus a job opportunity at Sand Hill Capital, a financial services company that provided debt and equity solutions to venture capital backed start-ups. Two years after leaving Sand Hill, David returned to Westwood by enrolling at the Anderson School of Management.

In 2005, David graduated with his Master of Business Administration and co-founded Quantum Wealth Management with fellow Anderson graduate, Dr. Darius Gagne, who had also earned his PhD in quantum physics from UCLA. Their firm sought to understand how the principles behind quantum physics could provide elegant solutions to complex problems, and merge those underlying principles with financial planning. Through financial planning, David and his group provided select clients with personal wealth management, using elegant solutions to manage capital resources and maintain client peace of mind while transitioning through various phases of life. The key to their success? Following uncomplicated, common sense management strategies, to achieve the desired financial position of their clients.

In 2012, Quantum merged to form Abacus Wealth Partners, where David currently sits as Chief Financial Officer and a partner of the firm. Abacus is a Certified B Corporation, prioritizing community improvement, workplace benefits, and legal accountability to balance profit and purpose–business as a force for good. David’s firm donates five percent of its profits to charity, creates charitable grants, and guarantees six months of paid parental leave.

“The proof is in the pudding,” David said. “Abacus has  taken a lot of steps to exemplify a firm who is authentically trying to make a difference.”

David says the biggest challenges in private wealth management tend to be internal, such as finding ways to grow from 20 to 70 employees. Client development, he says, comes from hard work.

“There’s no secret to client development, to bring in clients,” Dewolf said. “If there was an easy way, everyone would do it. Sometimes it just boils down to hard work and proving to people you’re an expert in your field and can be trusted.”

Abacus currently operates in Los Angeles, San Francisco Bay Area, and Philadelphia, and David’s firm manages over 2.5 billion dollars in private wealth. But this success did not come immediately out of college, and one of the most important pieces of advice he can communicate is to remain patient.

“Take the time, be patient, and spend a few years exposing yourself to the business world that’s out there,” David said. “Then you can zero in on what you’re passionate about.”

David’s other piece of advice for young Bruins? Learn to make sacrifices for your long-term future. Instead of trying to maximize the amount of parties you can attend in four years, you should focus on your professional development, which will yield better long run returns.

“What’s more important? Sacrificing a little fun for four years that can make the next 80 better, or be miserable for the next 84 years? Lay that foundation for the next 30 years of your career.” 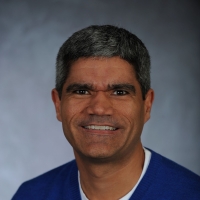