Long before Andrew Demetriou became a partner at Lamb & Kawakami, a prestigious law firm in Los Angeles, he spent hours Bunche Hall like the thousands of students currently at UCLA. His subsequent career as a successful attorney in the healthcare industry is a testament to his intellectual curiosity, dedication, and passion for economics and law.

At Van Nuys High School, Andrew joined the speech and debate team and during his senior year the national debate topic concerned reform of the American jury system. As a result, he was introduced to law and the legal system and spent hours in UCLA’s Law Library, learning techniques for legal research.  This experience was important in directing his ultimate career path.

Upon arriving at UCLA, Andy began studies in Economics, drawn by the rigorous problem solving approach to social problems of allocation of resources.  He also gained insights into business organizations and the function of the broader economy.  He joined the UCLA Debate Union, serving as its President in 1975-76, and established himself as a member of UCLA’s top team in his junior and senior years, twice qualifying for the National Debate Tournament. Andrew believes that his success in debate, and later as a lawyer, was bolstered by the critical thinking skills he acquired in his Economics classes.

After graduating from UCLA summa cum laude, Andrew went on to UC Berkeley to pursue his law degree.  His law schools studies contrasted with undergraduate work due to the expectations of mastery over intricate details and demanding subject matter.  He believes that his undergraduate studies in economics, coupled the research and thinking skills used in his debate career prepared him for such work and contributed greatly to his understanding of law. He notes that a lot of successful law students have economics or math backgrounds because these fields teach problem solving skills, and many aspects of the law address issues of risk allocation and responsibility, which are not unlike the allocation of resources in an economic system.

In the course of his law practice he was a partner at two major international firms, where he experienced a trend toward specialization and industry focus, dictated by demands from clients for deep understanding of their business models and financial needs. In the early 1990s, Andy began to focus on the health care industry, which had undergone enormous changes in the preceding decade, from a balkanized industry, dominated by standalone hospitals, therapy centers, and clinics, and small physician practices.  The 1990s witnessed the emergence of large health organizations combining groups of providers and facilities, coupled with increased federal and state regulation of industry participants. For the last quarter century, Andrew has represented health care providers in a wide range of corporate and regulatory matters. He is especially proud of having represented the UCLA Health system for several years, including the negotiation of the between Santa Monica Hospital and UCLA Medical Center and the affiliation between UCLA Health System and Orthopaedic Hospital of Los Angeles, bringing world class orthopedic care into the UCLA system.

Today, Andrew is one of the leading lawyers in the healthcare industry. He attributes his success primarily due to his sound understanding of the industry and the clients he works with. Most clients come with technical questions in mind and he has to understand their problem, explain the legality of their issue, and develop a reasonable and applicable solution. Business law, unlike litigation, is not about ‘winning’ but rather about understanding the client’s risk tolerance and delivering solutions calibrated to the client’s risk sensitivity. Successful lawyers must understand the demands of the client.

Aside from his law practice Andrew has always been active in volunteer activities in the community. At age 29, he served as Chief Protocol Officer for the Swimming, Diving and Synchronized Swimming events in the 1984 Summer Olympics.  His has devoted many hours of service to UCLA, as a member of the UCLA Foundation Board of Trustees and Board of Directors, Co-Chair of the UCLA Fund (from 1995-1999), an original member of the Board of Visitors of the Department of Economics and a member of the UCLA Athletic Hall of Fame Selection Committee. He has been active in a wide range of local state and national bar association activities, and served as Chair of the American Bar Association Health Law Section in 2007-08.  Currently, he is advising a Presidential Commission, which includes members of the United States Senate, the House of Representatives and leading private citizens, charged with the construction of a memorial to President Dwight Eisenhower in Washington DC.

We asked Andrew about what advice he would give to current UCLA students and he posits that students have to be intellectually curious in whatever activity they pursue. He recommends that we use the freedom we have in college to gain new experiences. Most importantly, avoid the mercenary attitude of taking a linear path and fixating on making money as the end goal. Find opportunities that challenge your beliefs—ones that push you to learn and create new and more dynamic beliefs. Embrace the learning experiences these opportunities provide as a means of self-improvement.

By Harsh Gupta, with Adithya Kumar and Charles Qian. 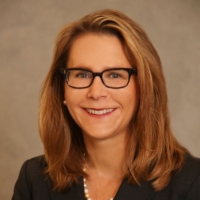 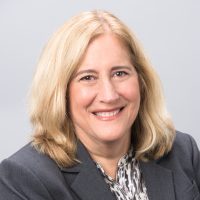